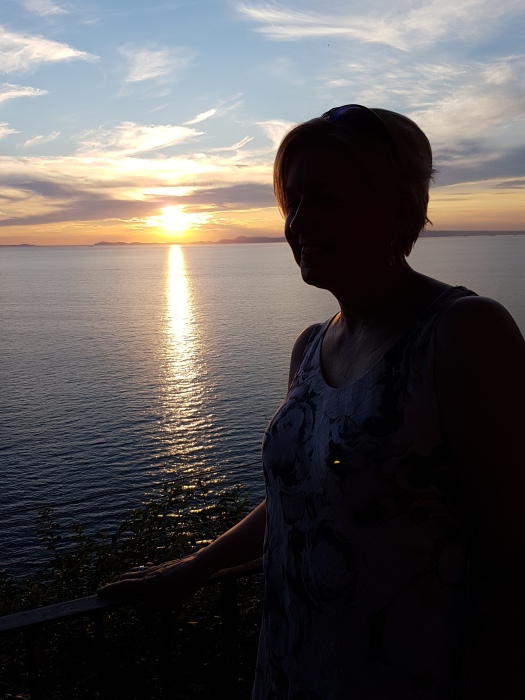 Inspiration really is everywhere if you learn to be open to it. Through my subscription to Writers’ Forum, I came across the Ideas Store feature written by Paula Williams, and later, her blog. Check out https://www.paulawilliamswriter.wordpress.com

Hopefully this will appear in my links below. This inspired me to strengthen my observation technique and to see ideas in the smallest and most unlikely detail. Apropos detail, I never go anywhere without a notebook, however tiny. Of course I initially went into overdrive and spent precious writing time admiring and coveting notebooks. Thankfully, sense prevailed and I settled for three for two bargains. It is healthy to train yourself to observe in detail. Kind of daily brain workout. As if mine doesn’t get enough, chasing elusive fast notes in orchestra!

It took effort at first to pull my brain away from the customary post rehearsal fog, but after a while, I noticed that I became aware of everything around me in stereo. Snippets of conversation…in a variety of languages. The different styles of walking. Habits. Sensations. Of course, the caffeine also helped.

On my travels this summer, I had ample opportunity to indulge this habit further.  And I came across one description amongst the pages which took me right back to the glorious hills South of Naples, and a villa perched high above the sea.

“Evening, high up on a Neapolitan hillside, watching the sun subside over the sea and a distant Vesuvius.  I’m glad of the cool moisture running down the side of my glass. The heat is intense for a resident of the Scandinavian North. I’m also aware that the local mosquitos have provided a welcoming committee and are already feasting away on my ankles. This terrace is perfect for relaxing, and I take my cue from the resident cats who are decoratively sprawled under tables or in plant pots.  They’ve seen it all before. But I haven’t. The views, coupled with the nearby scent of jasmine, are almost too perfect to photograph. I could stare at that sea all evening. The dedication of the bugs sends me eventually to the shelter of my room.

After sampling as much of the homemade breakfast as I can fit in, I’m off to explore. The track from the back gate rambles ruggedly upwards and along towards a crumbly church, its bell sternly summoning the faithful to mass. On my way, I startle several basking lizards…..all of whom I christen Larry….and an elderly woman, expertly picking plums and peaches. We greet each other. Trees reveal heavy loads of pears, lemons and mandarins. From the road far below comes the waspish buzz of vespas, nearby a dog is barking its territorial warning….and all around me is a glorious chorus of clearly operatic Italian birds. Two young men on bikes hurtle past me on the narrow path, teeth flashing as one shouts the warning of my presence to the other behind. A tiny three-wheeled car rattles determinedly into view. I round the side doors of the church, which has shrubs growing out of the walls. Onwards past Italian grandmothers, adopting the sensible plod of hot countries, under the weight of early morning groceries. More greetings. I read the notices posted up on the wall, thanks given for sympathy shown at a recent bereavement. I find it best to keep close in to the buildings as I round the street bends. The fact that nearly every car proudly possesses several dents bears witness to the no holds barred style of driving. My nose tells me I’m approaching the fishmonger’s shop…..a vivid array of startled looking and often grotesque fishy heads. Now my nose is searching, once again, for my second delicious coffee of the day.”

An excerpt of what I wrote that day, in 35 degrees of heat! And so I have not only the photographs to remind me of the place, but also words. Maybe they will find themselves included in a short story one of these days…….

3 Replies to “Of notebooks…”